“Chase the Light” by Two Steps from Hell + Sucker Punch 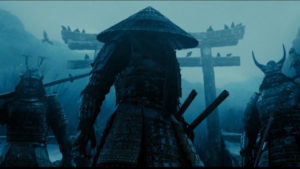 This fight sequence from the movie Sucker Punch is perfectly over the top. Three twelve-foot-tall samurai battle against one young woman. Spoiler alert: she wins. If you’re not familiar with the premise of the movie, this fantasy world is a mental construct of the main character’s mind. She’s able to deal with seemingly insurmountable odds because she is blurring the lines between fantasy and reality. At least, in theory. 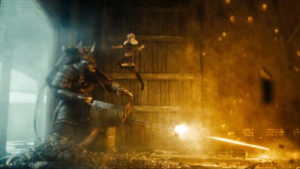 The music track is “Chase the Light” by Two Steps from Hell, and it perfectly matches the flow of the fight scene. From the tense standoff at the beginning to the intensity that kicks in when it literally happens on screen, so many of these musical cuts beg for an action-packed, time-warping video like this one. Though critics weren’t fans of this film, the sheer badassery and poetry to its scenes provide a wealth of imagery to draw from for inspiration. 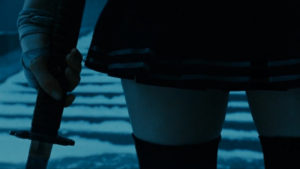 One of my favorite things about this video is the way her head twitches (just perceptibly) to the side the first two times we see her face. She’s strong and confident, walking right up to these giant samurais. But she has to fight off her own sense of self-preservation. Her instinct is to look away, to run. But she pushes right through it, coming toe-to-toe with all three of them.