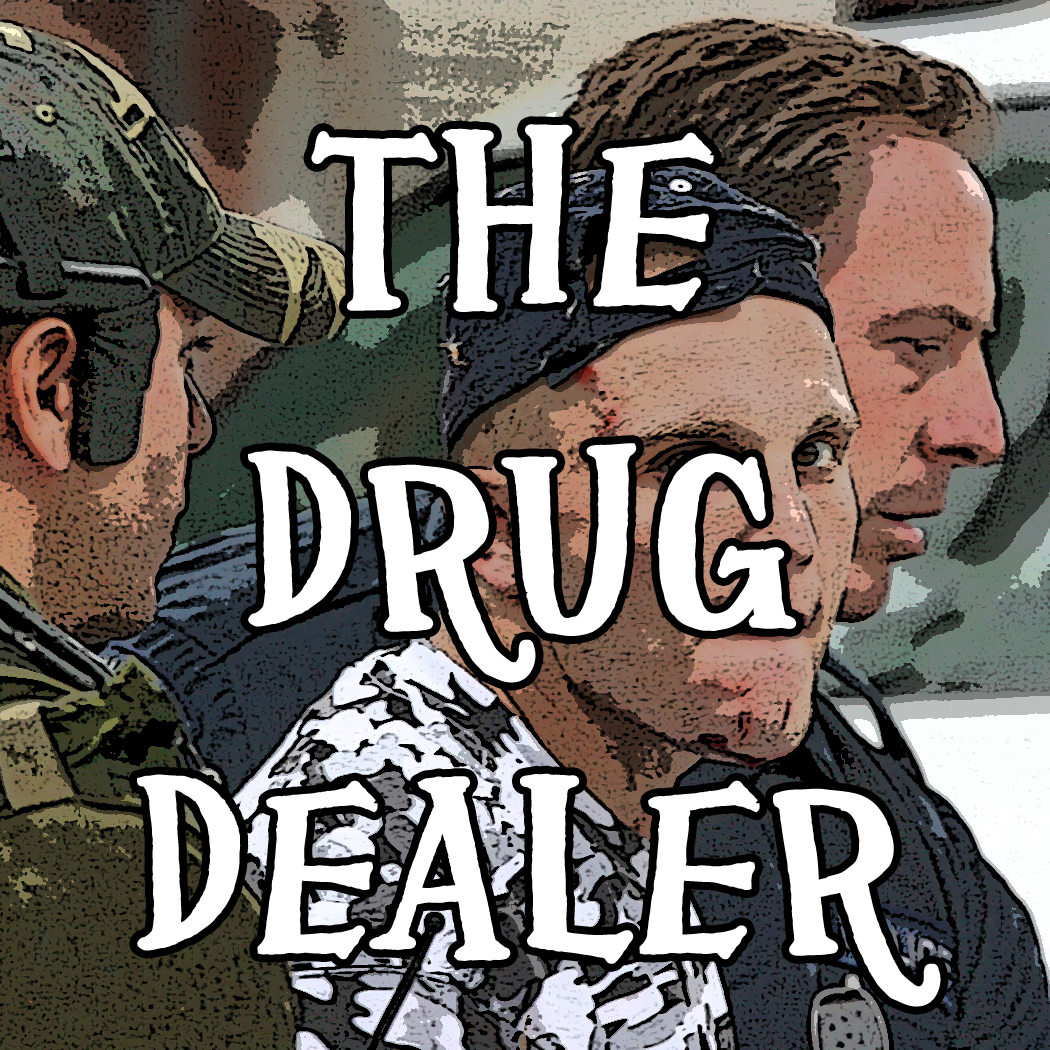 It was the coldest and brightest day of the Drug Dealer’s short life. He would remember being pulled from his amniotic universe for the rest of his life, though he wouldn’t realize it for more than two decades. First, he had some developing to do.

The Drug Dealer’s grandmother tells his mother he will be a Baptist. They almost drown him when he is three years old. He always tried to convince people he remembered that.

The kids at school introduce him to the world as it really is: cruel and unusual. Bullies pick on the little guy and girls hardly notice him. But he notices the girls and never forgets the bullies. Each one of their names (the girls and boys) gets stored away for a later day. For what reason, he did not know. He just knew that he needed to know.

The Drug Dealer gets a job at a video store, renting the latest hits and prolonging the lives of the misses. His boss is a stingy woman, docking his pay a few cents per minor infraction. But this was how the world worked, she told him. If you don’t do your job, you don’t get your pay.

He always made sure the movies were straight on the shelves.

Before he knew it, public school failed him, put a diploma in his hands, and kicked him out the door. It was time to be a man, even if he was still a child.

In a freshman political science class, the Drug Dealer met a girl who smelled like peaches and had a slight overbite. Her first name was Shauna May, and she was always yelling. He didn’t mind. There was something nice about having her around, even if she didn’t appeal to him.

One fine day, Shauna May told the Drug Dealer that she was pregnant. Within the week, they were happily married. Within the month, they were not so happy. But they were still married.

The Drug Dealer’s wife had a cousin named Tony. He was “in transit” and Shauna May decided he could move in for a while. Tony and the Drug Dealer became drinking buddies, then smoking buddies, and then snorting buddies. Eventually, the three of them would sit around all day, drinking or smoking or snorting whatever they could get their faces into.

They began selling in bulk and started working at the pizza joint as a means of distributing their goods. Shauna May noted that he was becoming a drug dealer, but the Drug Dealer didn’t mind. Somehow, he always knew he’d end up this way. He was making five times as much selling dope to all the eager users than selling pizza to all the irritable consumers.

One day, Tony got arrested for selling a sugar packet’s worth of cocaine through the drive-thru at work. That night, the Drug Dealer, Shauna May, and the Accident all moved away and took their goods with them. They left Tony in the State pen. Pig pen. Penitentiary. Whatever.

Shauna May Gets Nabbed

With a taillight burned out and several grams of controlled substances in her purse, Shauna May gets the same amount of time that her brother did. Paranoia sets in and the Drug Dealer escapes with the Accident to Louisiana. They write to her often but see her rarely.

Unsure how to support himself, the Drug Dealer continues avoiding the police by simply selling pot and staying away from the powdered debauchery.

The doctor–a boy, practically half his age–tells him he has only a few months to live. The Drug Dealer asks if that was a joke. The kid says it’s not. They shake hands the Drug Dealer leaves.

That Sunday, the Drug Dealer visits the nearby Landover Baptist Church. He becomes a bona fide member and starts attending religiously if you’ll pardon the pun. He knew he was going to die, and that only Jesus could save him now.

As it turns out, their new home was a great place to find new customers. Though the Drug Dealer was too sick and tired to participate, his son was old enough and eager enough to oblige. The Accident gets a job at a local pizza joint, and soon he learns what the word lucrative means.

Comes to us all…even to the Drug Dealer.

The assignment for this piece was to read T. Coraghessan Boyle’s “The Hit Man” and rewrite it using any other profession. It was intended to be a humorous piece about the life of a drug dealer. Special thanks to Boyle for not suing me (yet) for borrowing the idea. Try not to take this piece too seriously. There are a lot of half-jokes and wordplay here that is supposed to mimic the original. It actually got a few good laughs when they read it in class. Hopefully, you will laugh, too.