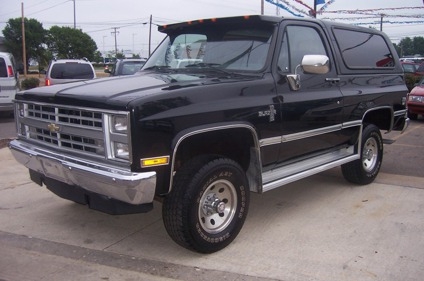 When I was in high school, my two friends and I often went hunting on the local farmland. I was only a sophomore, and the two of them were both a year older. Thomas and I would go over to our friend Dean’s house. He lived on a farm of sorts, and we often went out onto his land late at night. We’d take his old Chevy Blazer and load it full of drinks, snacks, and a random assortment of shotguns and shotgun shells. Once the sky had grown dark enough, the three of us would travel five or so miles to our hunting grounds. Dean had an uncanny ability to find these areas that were teeming with little, innocent animals. At first I had reservations about going on these killing sprees with these poor creatures as our targets, but after a while my instinctual hunter-gatherer instincts would kick in and I would enjoy the hunt. Dean also had this handy ability to know exactly where we were even in the middle nowhere. The west Texas plains are virtually without landmarks, which made it somewhat difficult to find your way. In fact, the only recognizable landmark was an enormous gas plant that lit up the horizon. We affectionately called it the Emerald City even though it was totally devoid of green.

Remember what I said about being young and stupid? Keep that in mind.

One night the three of us decided to load up the Blazer (which we called Nessie) and go out for a fun time out on our own. My father had a little gun collection mostly consisting of shotguns and other fun things to shoot. I took a look at all of the guns before me and picked my favorite: a Colt AR-15. What is that, you ask? It is the non-automatic version of the gun issued to the US infantry, otherwise known at the M-16. Now, of course we weren’t taking it hunt but merely to have a fun gun to try out on a dirt wall or something.

All items accounted, we had two shotguns of questionable legality and an assault rifle among our normal collection of artillery. This time was also at the height of the assault rifle debate that was all over the news and newspapers, so there was an underlying sense of hyper-awareness among the three of us. We all understood the possible legal and physical dangers of what the night held, but like I keep saying, we were young and stupid.

We made it out deep into Dean’s land sometime around midnight and began our usual hunting rituals. One person would drive while another spotlighted out the passenger side. The third person would then prop himself on top of Nessie. On top of the large grey and black truck was a luggage rack of considerable size and strength. It was sturdy enough for someone to hold onto, giving a sense of security. Every so often the three of us (or more if anyone would join us) would switch places, alternating between posts.

This particular night was unusually clear and bright. The wind had not been blowing during the day, so the sky was relatively free of dust. The moon hung high and bright during this time of year giving us an eerie light with which to work. The light of the moon helped us in two ways: the nocturnal animals would come out because of the bright light, and they could easily be seen even by our feeble human eyes. Consequently, the conditions were excellent, which made it the perfect night for hunting.

After a couple of hours I felt we were starting to make an impact on the areas population. Every time we “caught” one Dean would place it in a plastic trash bag and we would move on. After a while, we had quite a few in the back of Nessie. (I realize this is not the most humane thing I’ve ever done. But please forgive me. I was young.) Our “collection” continued to grow and grow as the night unfolded.

Eventually we grew tired of the same old land and decided to venture onto the nearby oilfields. These places were owned by big oil companies and were mostly untouched (except where the oil pumps were, of course). Both animal and plant life abounded in this natural preserve of the true west Texas plains. We always figured it would make a good place to hunt, and we were right. As soon as we made it onto the new land, our hunting became unpredictable. Every time we turned around there was another animal to hunt. They were easy to see, chase, and catch.

At one point we were sitting in Nessie, and the night seemed to be coming to an end. It was easy to call this a successful hunt, so we were mostly just sitting a talking. That’s when Dean noticed something. He looked into his rearview mirror and suddenly announced he saw headlights. Thomas and I spun around to see. He was right. They were headlights. And they were behind us. Someone spoke and suddenly Thomas and I were scrambling back into Nessie. We were on company land, and we had (what we believed were) illegal weapons on us.

I climbed into the backseat, Thomas in the front, and before I’d completely sat down Dean was pushing Nessie faster and faster down the dirt road. The truck became full of the sounds of three anxious teenagers as we discussed what to do and who was following us. Dean finally got a fix on our location and was taking us home when Thomas asked me what we should do about the guns and animals in the back. After a moment of hesitation, Thomas crawled into the back and began to get rid of the animals. I frantically unloaded all of the weapons, shells and clips flying all over the truck’s interior. Over the groan of Nessie’s engine, the rocks colliding with the underside, and the roar of the open windows, Dean could be heard yelling, “They’re gettin’ closer! They’re gettin’ closer!” I kept turning around to see the headlights getting bigger and bigger, closer and closer.

We sped recklessly fast down three long roads, the first of which was made of dirt. Nessie bounced around as we careened over the uneven road in excess of 70 miles per hour. We turned onto a paved road, which gave a temporary sense of ease because the big Blazer wasn’t bouncing around as much anymore. This sense quickly evaporated as the headlights behind us also made the turn onto the paved road. We then realized we were being followed by not one, but two vehicles. Somebody was really upset, we thought, and it was time to get out of there. Nessie was obviously not as fast as the vehicles following us. They continued to gain on us, especially on the flat and safe road.

Our last turn put us on the highway where Dean’s house was located. It was our last hope for escape. From that point it was just over a mile to the house, but usually the person driving was going at a relatively safe speed. Before we realized it, Thomas yelled, “Dean! There’s your house!” I looked to see his house to our right, only a few yards ahead. Dean’s reaction was instinctual. He slammed his foot on the brakes. That’s when it happened: all four of the old truck’s wheels locked up…at almost 70 miles per hour.

The massive, top-heavy truck immediately began to slide. The tires roared to life as they tore across the pavement of the highway. The cab was suddenly filled with the yells of three terrified, teenage boys as Nessie began to swerve first to one side, then to the other. The loud screech of rubber on pavement filled each us with fear. I watched Dean as he first corrected, then overcorrected, the corrected it again. Dean’s long arms flailed around the steering wheel as he struggled to keep Nessie from tipping over or going off the road. I threw my arms out in opposite directions, bracing myself as I was tossed from one side to the other.

Nessie slid out-of-control for what seemed like an eternity. At one point the passenger side lifted up slightly and we were tilting over on two wheels. Poised to topple over, we were about to begin rolling over at a terrifying speed. We spun completely around once (or twice) and finally came to stop in the middle of the road, facing the opposite direction we’d be traveling…directly facing headlights of our predator. The engine had stalled because it’d been rolling backward, and Dean fumbled with the keys to get it restarted. With a sudden vroom it sprang to life, and we pulled right into his long, gravel-covered driveway. He slammed on the brakes, and we slid to a stop. I immediately grabbed the AR-15 and lept out of the truck.

Thomas and Dean stayed low in the truck while I ran around and hid behind it. For a few seconds we waited, our hearts pounding in our chests. Then suddenly the first truck sped by us, its engine wailing. A second or two later, the second truck flew by us, leaving the air filled with a diminishing humming sound. The three of us waited in shock for probably a full minute before anyone said anything. I think it was Thomas who spoke first. Very seriously and solemnly he seemed to sum up the whole event by saying, “Well guys, now we know how it feels to be hunted.”

This was the first short story I ever wrote, long before I'd ever considered the idea of writing as a hobby or career. It's a true story, which I realize means it shouldn't be in the fiction section. But I wanted to include it here because it was my first real attempt at composing a story. This is something that happened to me in high school while I was with a couple of my best friends. I obviously had some growing up to do. When people are young they tend to be, well...generally stupid. At the very least, smart people will do stupid things at least a few times in their lives. Hopefully, we learn from these experiences and use them for future reference. We do things or get ourselves involved in things that, in hindsight, may not have been a good idea. I am no exception.