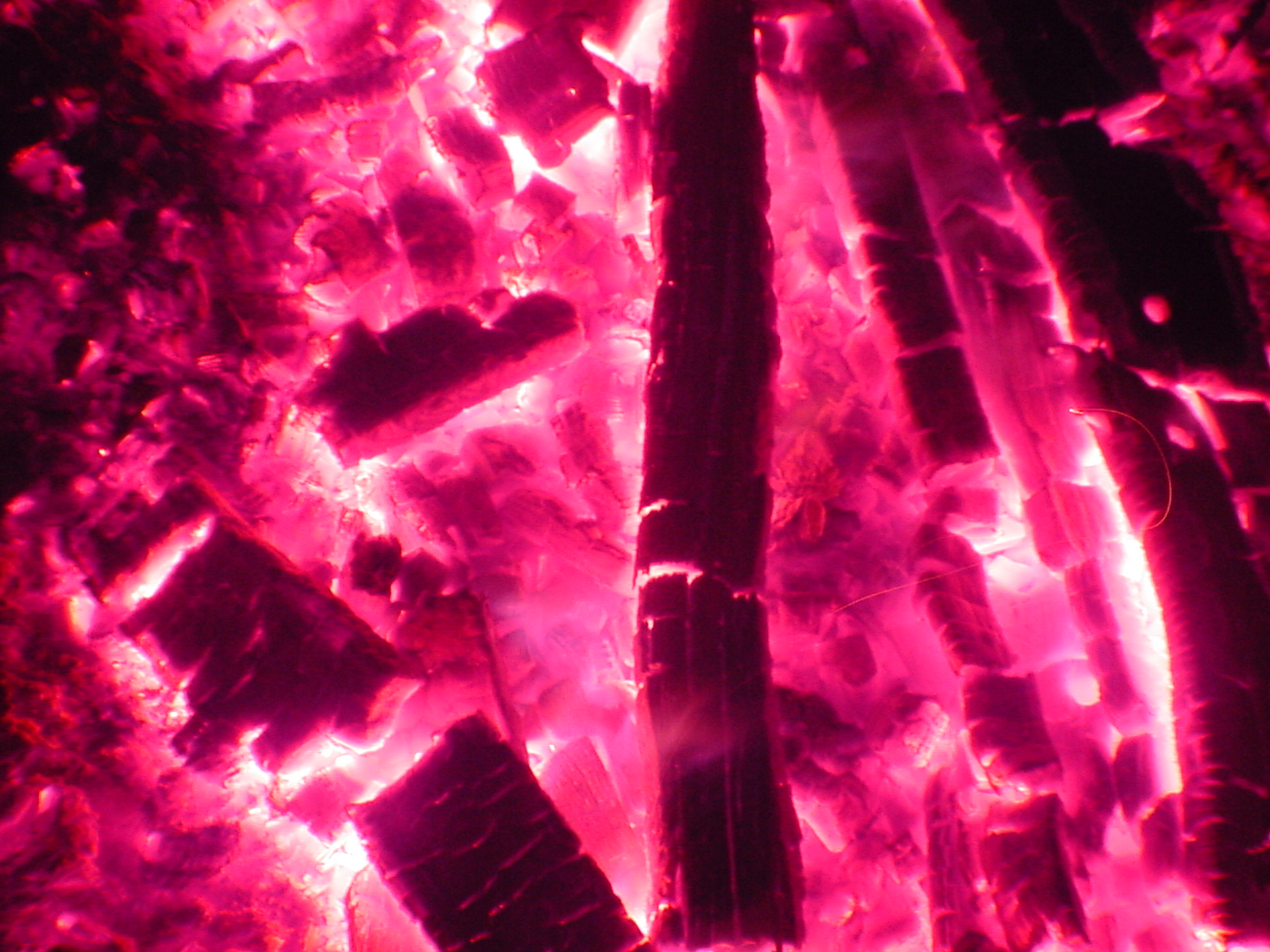 Zoey and Andrew were alone in the forest, at least as far as other humans are concerned. They had been camping for three days, and this was going to be their last night out on the mountain. The sun was beginning to set, and the clear mountain skies grew darker with every passing moment. Hundreds of stars began revealing themselves to the world below, and they seemed to call out to Zoey. The two of them were gathering branches, bark, and piles of grass. The occasional snap of branches broke the everlasting soft hush of the wind high in the trees. It smelled strongly of pine, especially when one of them broke a branch or two, releasing its fragrant internal layers.

“Did you hear the Crenshaw’s had a baby?” Zoey asked, putting some dried grass underneath the stack of sticks that Andrew built.

“Yeah,” he said, pulling out a box of matches. “I spoke to Cody just before we left. I don’t know why I haven’t mentioned it before now. It was strange hearing him talk like a real father.”

Andrew laughed lightly to himself. Zoey watched him for a moment, carefully protecting the match as he lowered it into the kindling. The sparks grew into a small fire, and again her mind wandered to the Crenshaw’s new child. She and Andrew had been together for three years, but they rarely spoke about children. If they did, they never spoke seriously of it. She wondered if Andrew ever even thought these things.

“Babe,” he said, interrupting her thought. “Are you alright?”

She gave him what she a hoped to be a reassuring look. He seemed to be a little skeptical and continued moving sticks around to give the fire some room to breathe.

“Have you ever thought about having a kid?” he asked softly. “Creating something so beautiful? So alive?”

Her eyes began to well up with tears ever-so-slightly. The fire twinkled organically. She squinted slightly, allowing the light to dance in her eyes.

“Yeah,” she finally responded, “I was just thinking about it.”

“Really?” he asked. He was grinning slightly.

“To have babies?” he asked, innocently.

“Ah,” was all he said, fearing he had offended her.

He stood up, walked to the nearby cooler, and quickly returned with a beer in his hand.

“You know,” he said, “the purpose of life is to make more life.”

She smiled, taking this clumsy attempt at reconciliation to be a sign that he was, at the very least, trying. Andrew knelt down next her, gently placing his hand on her stomach. He leaned in to kiss her, but just at that moment the fire popped loudly. A pocket of air that had been trapped inside one of the branches for several months had suddenly burst open, and it sent flaming chunks of wood everywhere. Some of them landed on the nearby grass, igniting it. The two of them scrambled to put it out, stamping out the tiny fires that crackled with newborn spirit. It was not long before the amateur firefighters had put out the blaze and were giggling about it.

The cool smell of soil, stirred up with all of their kicking, mixed in the air with the pungent burning grass. The night had finally come, and the thousands of stars above shone brightly. Zoey could clearly see the backbone of night, the Milky Way, through the high and clear mountain air. The ever-present wind in the tall trees surrounding them made Zoey feel as though they were trying to woo her to sleep. Andrew asked if she was hungry, but he was already inside the tent gathering the necessary items for their dinner. She noticed the flames beginning to dwindle, so she threw a few sticks on the fire. Gazing into the heart of the mango colored flames, she stirred the bits of wood until many of them burned brightly.

Andrew returned with two cans of food, two spoons, a small pot, and a can opener. They chatted briefly by the fire while they heated their dinner. The aroma of vegetables and meat floated past Zoey’s nose, and she swore she was salivating. It was a welcome scent since they left civilization a few days before. They sat down near the fire directly across from one another. They spoke very little as they ate. The only sound among the forest sounds was the slurp, slurp, slurp of the soup. Andrew would occasionally throw a stick into the flame if it seemed to weaken any. He seemed to be doing this unconsciously.

Zoey watched the sticks falling apart as they burned, broken down by the now smoldering flame. The embers crackled softly, punctuated by an occasional pop. In between bites of her food she threw handfuls of dead grass into the fire. The small open area they were camping in would temporarily illuminate as the fire consumed the dried-out plant.

After they finished eating, Andrew grabbed another beer. Zoey laid down on her sleeping bag and propped her head up with a pillow so she could see the sky. They spoke very little for a few minutes, relaxing after their relatively late meal. Andrew was continually providing sticks to the fire, which was developing into more of a smoldering pile of coals. She was lying close enough to it to feel its warmth stinging her face slightly.

It looks like the insides of a star, she thought. Or maybe Hell.

Zoey returned her attention back to the sky. Some minutes later Andrew stood up, threw a small pile of wood on the fire, and started walking into the dark forest. She asked him where he was going, and he mumbled something about having to “relieve himself.” He stayed within vocal range of her the entire time and even began singing the first song that came to mind just so she could hear his voice. The wood Andrew had thrown in the fire burned on the underside and began smoking heavily. The smoke was dark gray, and it seemed dirty as it disappeared into the star-filled sky. She watched the column rise, lifted by an almost magical, unseen force.

Andrew messed with the fire while Zoey scanned the sky looking for familiar patterns. She saw four bright stars in a rectangle with three more bright stars in the middle.

“So, that is Orion?” she asked, pointing nearly straight up. He looked to where she was pointing.

“Yep,” he answered. “See the belt? And the sword hanging off?”

“I think I can,” she replied, trying to visualize the picture of the man with the sword. “And there,” she pointed to the east, “the Lion. What was its name?”

“Leo,” he answered, now looking over his shoulder.

“You know,” he started, focusing his attention back to the ground, “it’s really amazing. The same thing that’s happening right there,” he said, pointing to the fire, “is the happening out there,” now pointing at the sky. But she did not see him. She was already looking skyward, thinking about what it might be like to look at another sun.

Sparked by the stargazing, they began talking about astronomy. Andrew had recently read several books on the subject, and was pregnant with facts about stars and galaxies and apparently everything else in the Cosmos.

“You know,” he started. She could tell by the tone of his voice what he might say next, “that campfire only exists because of the oxygen in our atmosphere.”

“Yeah,” she said, coolly, “and you exist only because of that oxygen.”

Her lucid response seemed to catch him off guard, and for a moment he thought himself drunk. She just grinned and looked back at the sky. The fire was beginning to die down, and the air around her grew colder. Somewhere in the distance an owl called to another owl. She slipped into her sleeping bag, zipping herself inside.

“Did you know that David Portnoy’s brother died the day we left?” she asked.

“Just like that,” he snapped his fingers. “Snuffed out of existence.”

He stood quietly for a moment. Then he looked at her with a grin and said, “Well, you’re not getting rid of me that easily.”

She gave him a reproachful look. He winked at her, but then his smile melted away. Then he retreated to the camping equipment. He came back with a heavy blanket in his hands, and he cast it over the fire. It made a heavy thumping sound as it covered the smoldering pile of embers. The blanket was made of a material that did not burn, and it quickly snuffed the campfire. The thought of death was still fresh on Zoey’s mind as she watched the smoke rise from under the blanket. At one point the smoke looked to her like a person in a black cloak, and she closed her eyes. Her imagination was getting the better of her.

She tried to sleep, but could not stop contemplating her own mortality. It was now cold and dark, unlike the fire she had watched all night. The wind continued to blow softly, and she felt a living presence in the movement above. She felt the presence of the wind: the breath of the planet.

“A living body is not a fixed thing but a flowing event,” she said softly.

“Nothing, Baby,” she whispered delicately, “Go to sleep.”

This is the first fictional short story I ever wrote, which was back in 2001. It’s a very short story, mostly just a few moments strung together, about a young couple maintaining a campfire while talking about their lives. Also, I probably took the leitmotif a little too literally.